By Sarah Abraham For Dailymail.com

Lena Headey and Woody Harrelson looked like a blast from the past while glimpsed on the set of the upcoming HBO mini-series The White House Plumbers — which follows the unraveling of the famed Watergate scandal.

The actors turned back time as they filmed scenes in a vintage Pontiac while sporting timely seventies wardrobe, as the series continues to film in Albany, New York.

Set life: Lena Headey, 42, and Woody Harrelson, 59, continued to turn back time as they filmed scenes in a vintage Pontiac while on the set of the HBO mini-series The White House Plumbers in Albany, New York

The Game Of Thrones actress, 42, plays Harrelson’s wife Dorothy in the series and she was spotted looking ravishing in a powder blue dress that fell just above the knee.

Her brown tresses were styled in a half-updo with soft curls and she was seen walking to set in chunky gold adorned Birkenstocks with a script in hand.

Headey’s collared dress was accessorized with simple drop earrings and a matching necklace and bracelet, and she was led by quite a few production personnel. 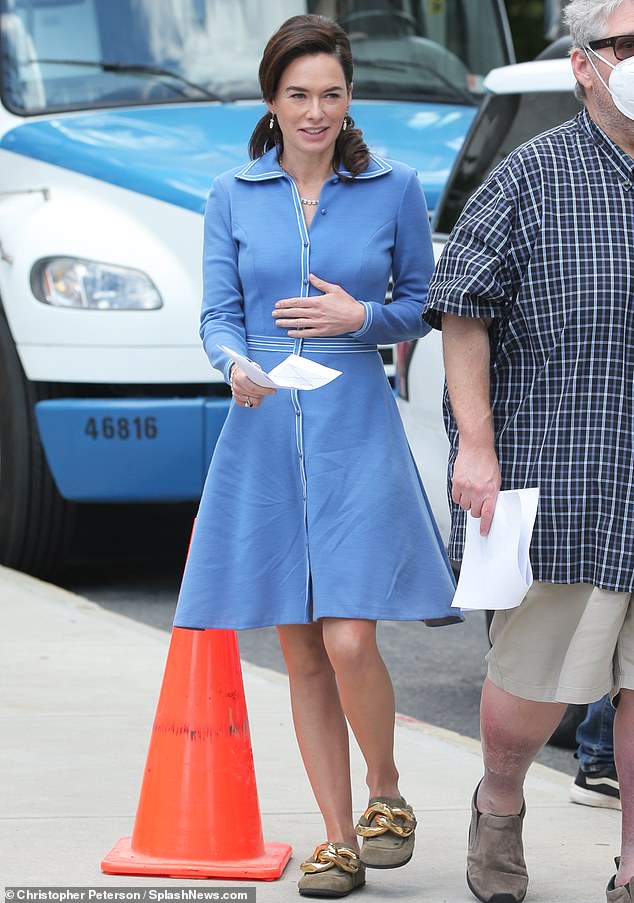 Ravishing: The Game Of Thrones star was seen wearing a powder blue dress for a few scenes

Gearing up: Headey who plays Harrelson’s wife Dorothy Hunt in the series prepped on set with a script and toked on a cigarette 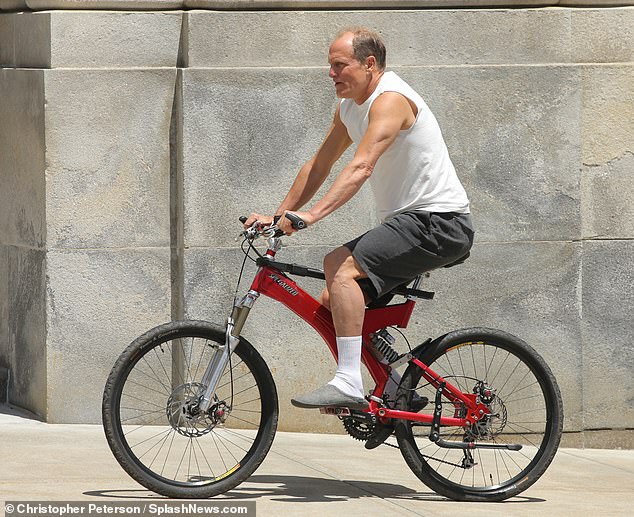 Ride to set! The actor was seen riding to set on a red bike as he wore slippers and a tank top 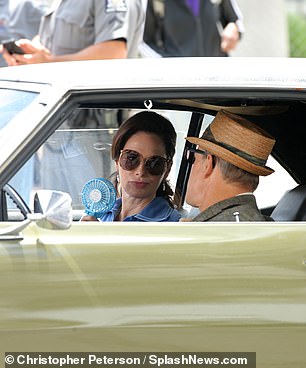 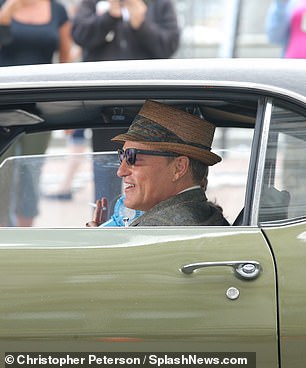 Her death led many conspiracists to assert a connection between Watergate and the crash as she was reported to be carrying $10,000 in $100 bills at the time of her death.

Harrelson was dressed in brown suit pants with a checkered blazer and the costume was accessorized with a straw fedora and sunglasses.

After wrapping the car scenes, the duo transitioned to a shoot by a telephone booth where Headey was seen toking on a cigarette while Harrelson stood opposite her while smoking a pipe.

He had been seen arriving to set by way of bicycle where he looked stripped back in a white tank top and shorts with slippers and socks.

Production has been underway since late May and the series also stars Kiernan Shipka (Mad Men) Ike Barinholtz (The Oath), John Carroll Lynch (Zodiac) and Domhnall Gleeson (Run), among others. 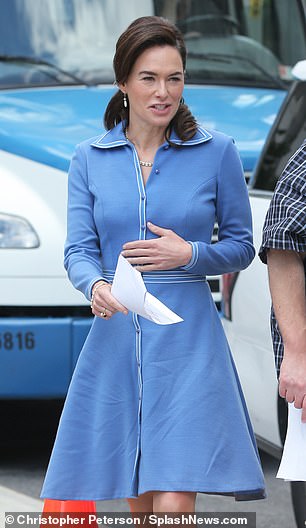 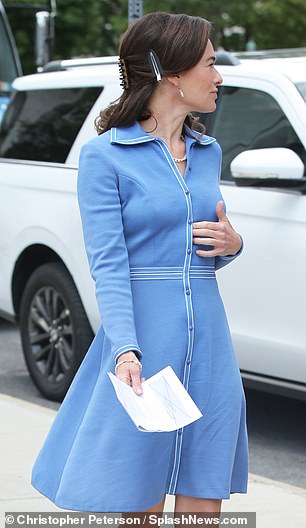 Tragic fate: Mrs. Hunt died in a plane crash the same year the Watergate scandal was uncovered, leading many to purport a connection between the incidents 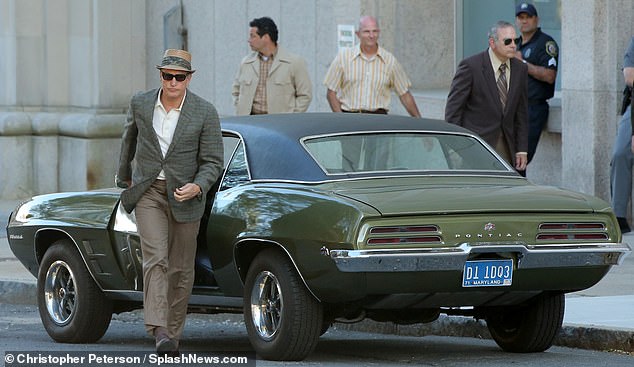 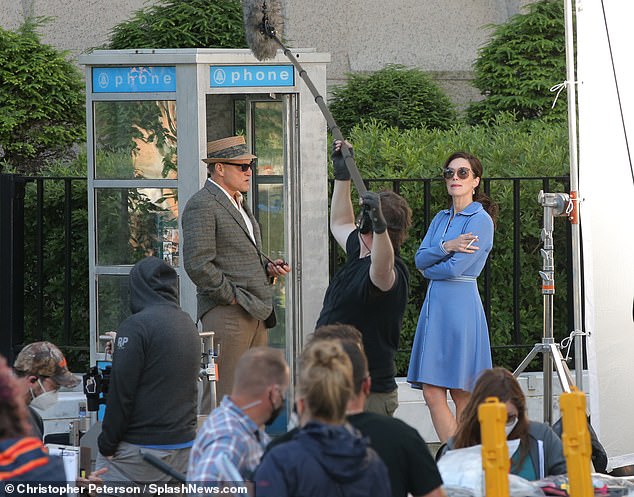 Full production: The five-part series has a hefty production staff ensuring its success, and the on-screen husband and wife duo shot scenes together Smoke scenes: The pair were seen filming while smoking a pipe and a cigarette respectively 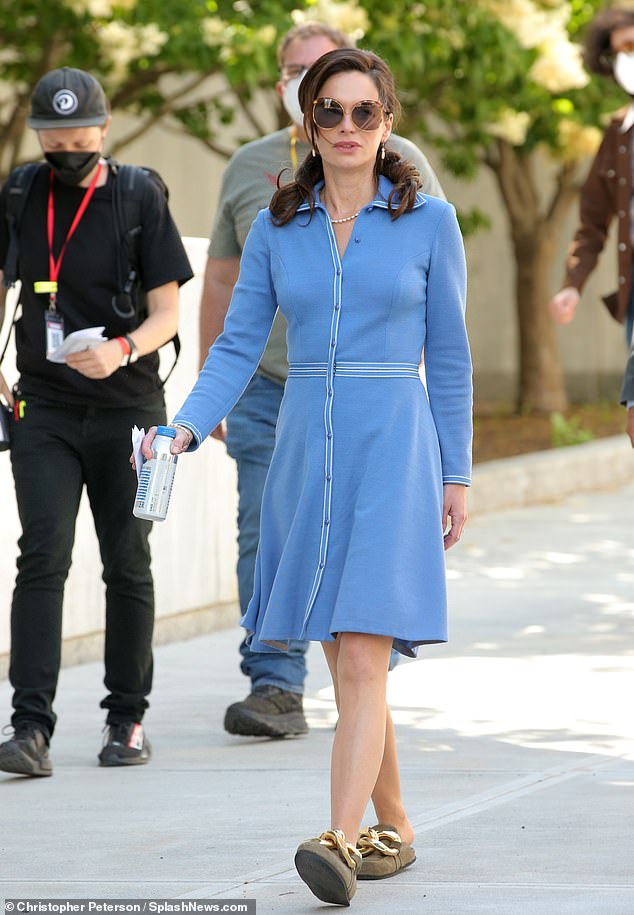 Glamorous: At one point she was seen slipping sunglasses over her face

Theroux and Harrelson are leading the cast as Liddy and Hunt, two instrumental members of the White House Plumbers — a special investigations unit that was created to stop the leak of classified information during the Nixon presidency.

The the duo organized a break in at the Democratic National Committee headquarters which has come to be widely known as the Watergate Scandal and led to the impeachment of Nixon and prison time for both Hunt and Liddy.

The pair were convicted of conspiracy, burglary, and illegal wiretapping after their operatives were arrested in the DNC headquarters in 1972.

The series is based on a 2007 novel called Integrity by Egil Krogh and Matthew Krogh. 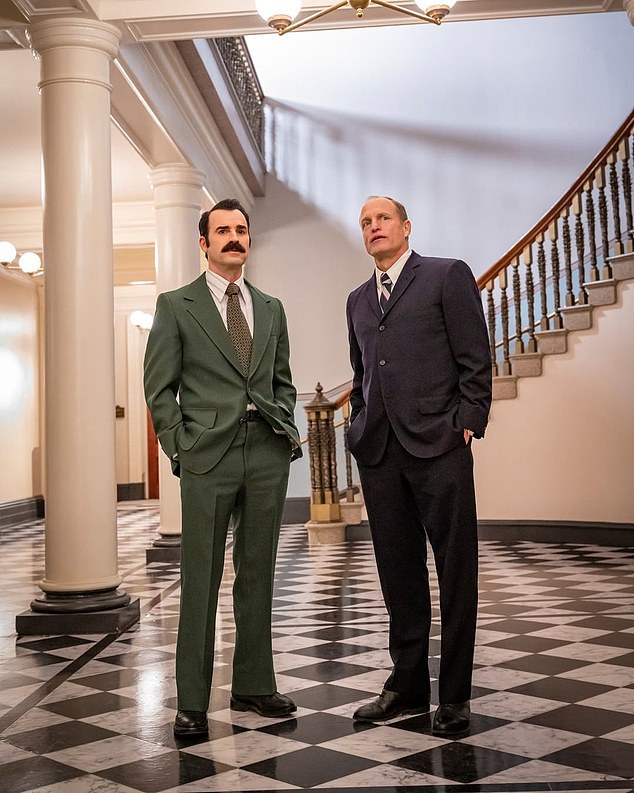 Starring roles: The five part series is based on the 2007 novel Integrity and will chronicle the masterminding duo whose special investigations unit led to the inadvertent toppling of US President Richard Nixon